An Indexed journal can be directly proportional to the quality of the journal, and the process of indexing of a journal marks its authenticity. Similarly, Scopus is Elsevier’s abstract and citation database which was launched in the year 2004. It covers three major types of sources: book series, journals and trade journals. Every journal published in the Scopus goes through a thorough review each year to maintain its high quality and standards.

Following is a list of 15 Scopus indexed journals in Mechanical Engineering:

It is a Netherlands based journal and is published by Elsevier BV. It deals with areas like Physics, Astronomy, Mechanical engineering, Mechanics of materials, Materials science and Condensed Matter Physics. It is considered to be one of the most successful journals of the Materials Today family as it sets to cover the most unique and cutting edge work of broad interest to the Materials Science community.

It seeks to publish only the works which are significant with respect to the world of science as of now. It also publishes articles and short communications reporting about breakthrough discoveries and important technical achievements. It is a Netherlands based journal, published by Elsevier BV. It deals with product development and makes sure that they receive proper and detailed papers according to their needs and requirements. It deals with areas of mechanics of materials and material science.

It is a Chinese based journal and is published by Tsinghua University Press. It deals with the aspects of material science surfaces, coatings and films. It is a pure peer-reviewed international journal which is meant for the publication of theoretical and experimental research works related to the terms, friction, lubrication and wear. Preference is mostly given to high quality research papers on aspects of Tribology.

It is a Chinese based journal and is published by China Machine Press. It deals with aspects of industrial and manufacturing engineering, mechanism and robotics. It is peer-reviewed journal governed by China Association for Science and Technology or CAST and is sponsored by the Chinese Mechanical Engineering Society or CMES.

It is a German based journal and is published by Copernicus GmbH. It deals with areas of energy, energy engineering and power technology in both engineering and mechanical engineering. It has been going on since the year 2006, and it seeks to publish all the high quality journals and research papers on topics related to energy and power.

It is a Netherlands based journal and is published by Elsevier BV. It deals with the aspects of, Fluid flow, Transfer process in Chemical Engineering; computer networks and Communications hardware and Architecture in Computer Science; biomaterials, electronic, optical and magnetic materials, metals and alloys in Materials Science.

It aims to publish the novel, cutting edge research in theoretical, computational and experimental mechanics in the field of mechanics.

It is a German based journal which is published by De Gruyter Open Ltd. It deals with the areas of fluid flow and Transfer process, Environmental science, water science and Technology. It is purely dedicated to the basic disciplines of water sciences. The journal is published by the Institute of Hydrology of the Slovak Academy of Sciences and the Institute of Hydrodynamics of the academy of Sciences of the Czech Republic.

It presents original research results, reviews and short communications on hydrology and hydromechanics, including hydrodynamics of porous media and non – Newtonian fluids.

It is a journal based out of Switzerland and is published by MDPI AG. It deals with the areas of Materials Science of  Surfaces, Coatings & Films. It is solely dedicated in the fields of the Tribology and other closely related mechanical engineering disciplines. The journal might include fundamental topics like:

It is a German based journal which is published by the Springer Verlag. It deals with the aspects of Automotive Engineering and Mechanical engineering and also Social Sciences and Transportation. It has been ongoing since the year 2009 and is known to accept quality research work on the areas of Automobile Engineering and other related topics as well.

Journal of the Advanced Transportation

It is an Egyptian based journal and is published by the Hindawi Limited. It deals with core areas of Business Management & Accounting, Strategy & management, Computer Science application, Economics, Econometrics & Finance, Economics & Econometrics, Automotive Engineering and Mechanical Engineering.

Hello, My name is Syam, Professor of English and Mentor for Ph.D. students worldwide. I have worked years to give you these amazing tips to complete your Ph.D. successfully. Having put a lot of efforts means to make your Ph.D. journey easier. Thank you for visiting my Ph.D. blog. 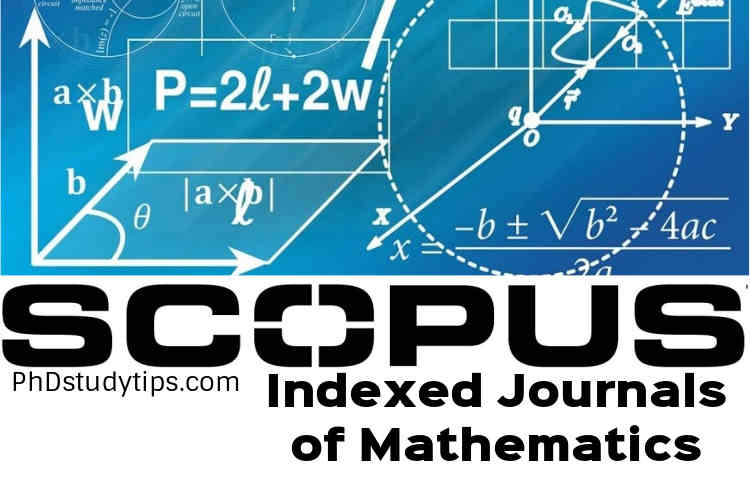